A part of me is dying!

Within the past 6 months my family and I learned that my only brother was facing terminal cancer at the age of 45.  Originally, they thought he had 2 years; but, his cancer is aggressive and chemo isn’t slowing it down.  Now they’re saying he only has a few months.

For some that may have not had a great relationship with their siblings growing up it may not mean as much. But for me, it felt like I was being told a part of my body was being amputated.

My brother is 8 years older than I am, married with 3 kids and an amazing person. You never have enough time with the ones you love; but, 45 seems especially too early! We used to joke that I was “the Golden Child” because I’m the baby of the family; but, in truth it’s him. When it comes to love, family and friendship he is fierce and loyal. There isn’t anybody else I know (other than my parents) that would go to the lengths he has for those he considers loved ones.

And yet, while it’s happening to him, it’s happening to all of us. They say cancer impacts everyone. “They call em Rogues. They travel fast and alone. 100 ft faces of God’s good ocean gone wrong.” (Brand New, Play Crack the Sky) This one is gonna be huge. This one hit out of nowhere.

How do you say goodbye to someone you never thought would leave? Someone who has always been there for you and through no fault of their own they won’t be there anymore? I know that miracles can happen and that we shouldn’t give up hope. But we also know that the stats aren’t in his favor.

It’s made being a therapist challenging. I know that Dr. Kubler-Ross’ 5 stages of Grief was created exactly for this type of situation – a patient facing a terminal diagnosis. It’s made being focused on work and the rest of life difficult as I no longer have patience for the trivial. I know I bounce back and forth between denial, anger and sadness. But for all my training I’m just waiting for impact. Waiting to see which direction the parts of my family get scattered in the detonation.

And at the same time, it’s made me appreciate what time I have had with him. It’s more than most get and there were very few bad times to speak of. This comes a week after Rob Price’s article announcing the 35 yr old Scott Riddle’s own terminal cancer. It further slams home the knowledge that time is precious and fleeting. It conjures up images of Ed Norton and Brad Pitt’s characters discussing the life of Raymond K. Hessel. “Tomorrow will be the most beautiful day of Raymond K Hessel’s life.” (Fight Club, Chuck Palahniuk) Today should be the most beautiful day of your life. It shouldn’t take a cancer diagnosis to appreciate that. We should be living our lives with love and kindness and authenticity.  That’s what my brother would do. Fully present, fully engaged. Fully.

I love you David. I am who I am because of you. And for that I thank you.

This post was more for me.  Check back for my next post to get a full explanation of the 5 Stages of Grief and

Thanks for taking the time to read this 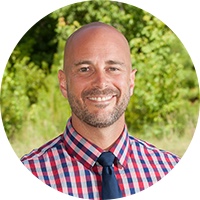 Have you ever struggled with anxiety or depression? Perhaps, you have difficulty parenting or making your relationship better? Maybe you’ve struggled with grief or loss?

On The Couch focuses on educating individuals, parents and couples about trends and issues in mental health, as well as giving tips and resources for how to overcome life’s struggles.

I have over 13 years of experience as a therapist.  In addition, I’ve struggled at different points in my life with depression and anxiety, as well as, navigating life and marriage while helping to raise two children.

Join me as we journey through life’s ups and downs together!

1-833-40-EHOME
We provide comprehensive online counseling through video-conferencing. Call or click the banner to schedule your first session with our fully licensed therapists!